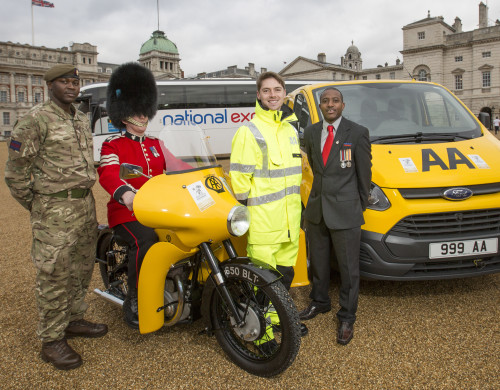 The Defence Secretary Michael Fallon, has recognised employers who have made an outstanding commitment to support the Armed Forces, presenting gold awards to the winners of the Armed Forces Covenant Employer Recognition Scheme (ERS). He met with officials from National Express coaches and the Automobile Association at Horsguards Parade in Whitehall, London, along with Serving and ex serviceman Duane Porteous. He served in 23 Pioneer Regiment, Royal Logisitics Corps for six and a half years. He has been a coach driver for National Express for the past two years.