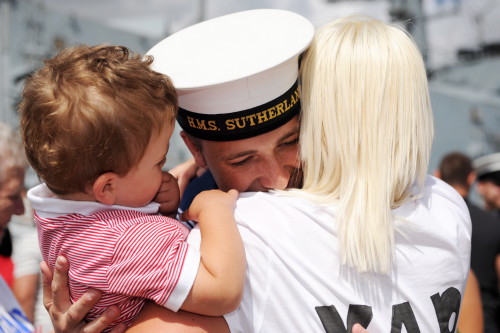 A sailor is reunited with his family after a long deployment with HMS Sutherland overseas.