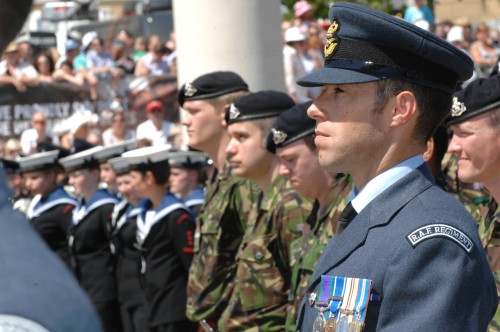 On Saturday June 26 2010 Cardiff hosted the Armed Forces Day national event in the presence of TRH’s Prince Charles and the Duchess of of Cornwall. The event is only the second of its kind to be held in the UK and was the first time Wales had played host.
The day is an annual opportunity for the nation to show their support of the men and women who make up the Armed Forces community, from currently serving troops to service families, and from veterans to cadets.

TRH The Prince of Wales and The Duchess of Cornwall led the parade from Cardiff Castle to the bay.