When Lieutenant Commander Kevin Meeds’ son, Harvey, decided to return to the UK after finishing school abroad, in the country where his father had been posted, his first thought was to get a job.

And, like thousands of others, while he was searching for work, he decided to claim Jobseeker’s Allowance.

Yet to his dismay he was told he wasn’t eligible to claim, or receive any of the support that people looking for work can generally rely on. The reason he was given was that because he had been non-resident in the UK for three months, he didn’t meet the necessary criteria and so was not able to receive help.

Seeing this as unfair treatment he appealed to the Department of Work and Pensions and also to the Naval Families Federation.

Together these organisations worked with the Armed Forces Covenant team and as a result, a policy ruling was introduced that means from now on, spouses and grown-up children of Service personnel, returning from overseas are exempt from the ‘three month residence requirement’ criteria for income-based Jobseeker’s Allowance.

Happily, Harvey soon found work, and although he wasn’t able to benefit from the ruling himself, he  is delighted that, thanks to his efforts, others  will not suffer such disadvantage when looking for work. 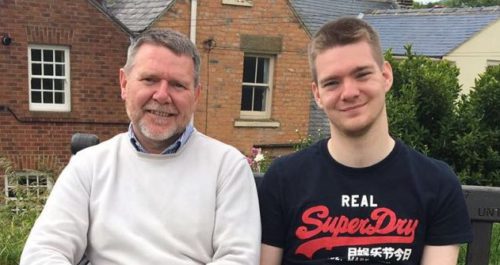 Harvey urges others to challenge rulings if they feel they have been treated unfairly.

He said: “And if you don’t get a result you believe to be fair, don’t give up. Talk to your Families Federation and find out what your options are, and what support is on offer.”