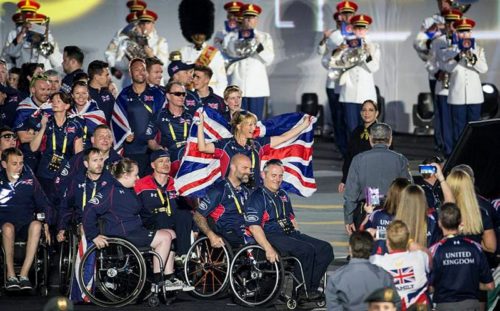 mage: The British Team parading during the start of the opening ceremony for the Invictus Games 2016.

Prince Harry’s Invictus Games got underway with a moving and uplifting opening ceremony.

Showcasing performances by US troops and inspiring stories from our wounded, injured and sick personnel, the ceremony at the ESPN Wide World of Sports Complex at the Disney resort also included some surprise moments.